One Week to Go!

There is officially one week until What is Hidden is officially released. Still can’t believe it’s real, but there you go. Lots of links to share with you today.

Reviews are starting to come in, including this incredible one from Publisher’s Weekly:

Debut author Skidmore offers a romantic fantasy full of mystery and mistaken identity, set in the imaginary kingdom of Venesia. Everyone in Venesia wears a mask that indicates his or her station in life. Evie’s mask sets her apart as an artisan; like her father, she is a mask maker by trade. When Evie’s father is killed in a fire at their studio, the criminal who sets the fire also brands Evie with a mark that identifies her as a part of his criminal band, thus putting her life in danger. She then goes into hiding and turns to her friend Aiden for help bringing the arsonist to justice. As Aiden’s identity is slowly revealed, Evie’s relationship with him moves from friendship to love. But will their true identities prevent them from finding lifelong happiness together? Crisp dialogue and quick pacing propel the story, a riff on Cinderella, to an action-filled ending. Filled with gossiping servants, palace intrigue, and masquerading royal personages, this novel will appeal to romance and fantasy fans. Ages 12 and up. –Tory Abel – Publishers Weekly

Fantastic, right? My blog tour is kicking off next week as well, so there will be more reviews and interviews and fun stuff there. I’ll post a weekly recap with all the links, but you can also check the schedule here. Huge thank you to everyone involved with that! Cedar Fort is also posting excerpts every Friday in May, and the first one posted last week here.

There’s also the official launch party in Salt Lake City, which I’m very excited and nervous about. You can find more details and join here at the Facebook event page. 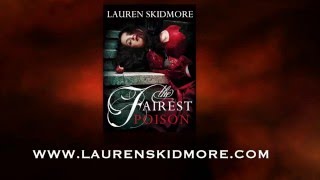